The Light of Days A Book Review 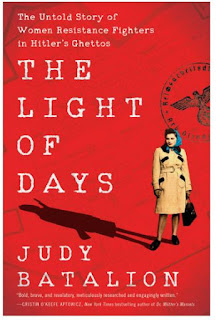 The Light of Days is a harrowing and tortuous journey through Poland under the body and soul crushing acts of vicious Nazi aggression experienced by courageous Jewish women who creatively energized Jewish resistance with presence, weapons, and nourishment. Some were destroyed. Some survived.

My interest in World War II stems from the stories my parents told of surviving the Nazi blitz of London. Since then, I have read various accounts of the bloody global war. And my wife and I have visited World War II and Holocaust Museums around the world as we learned about the Holocaust. The Light of Days stands out from the rest because it is about the role of women in the Jewish resistance-- a subject about which I had little knowledge.

I found the book difficult to read for more than one reason. Despite previous reading about the horror of the Nazi doctors and the brutality of the Nazi invaders, I was still stunned by the incredible pain and humiliation inflicted upon the Jews in these stories. Of lesser importance yet still a factor, is the difficulty in keeping track of people with unfamiliar names operating in unfamiliar territory. For readers unfamiliar with Polish, I suggest keeping a bookmark near the front of the work where the characters are briefly described and you can track the Polish cities on a small map.

After working through some of the early background stories and appreciating the work of different resistance groups, the story moves toward the powerful Warsaw uprising followed by other victories, imprisonments with brutal tortures, and bold escapes. We are invited to mourn the loss of those brave women who did not survive and glimpse the struggles of those who endured the war  but struggled to survive survival.

I recommend this work to anyone interested in the Holocaust, World War II, and the role of women in resisting the Nazis.

Inheritance A Legacy of Hatred and the Journey to Change It

The Sunflower On the Possibilities and Limits of Forgiveness

Links to my World War II posts – places and museums 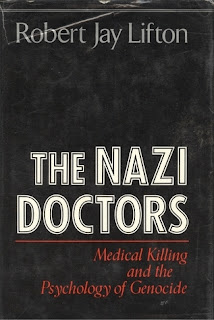