What Rob Bell Says about Sexuality and Christian Spirituality

When I was writing A House Divided, I read Bell’s book, Sex God, as part of my quest to see what various evangelical Christians have said on the subject.

Bell, a graduate of Wheaton College and Fuller Theological Seminary, founded the evangelical Mars Hill Church in Grandville, Michigan. His bestselling books have sometimes promoted controversy within Christian cultures because of his nontraditional views on classic teachings about such doctrines as salvation. He has been associated with the emerging church movement. In my book, I cite Bell as an example of the views of progressive Christians in contrast to those of conservative Christians.

As with most of Bell’s writings, Sex God is an easy-to-read poetry-like collection of essays aimed at a general Christian audience. It is neither a sex manual nor a theological treatise but he does offer helpful insights into several ways human sexuality is connected to Christian spirituality.

Appropriate to his somewhat confusing thesis, he begins with stories illustrating the close connection between people and their creator and makes the point that honoring God is intimately connected to honoring God’s image in people-- including their sexuality.

Bell takes up the interpersonal connections following the introduction where he reminds readers that sex is often disconnected from a loving relationship as in the extreme example of purchasing sex, and not a relationship, from a sex worker.

God’s love for humanity is at least a secondary theme popping up in this work. This theme made me wonder if Bell is out to share a message of redemption and renewal with many people who have experienced the downside of sex and distorted love.

As is common among many progressive, but not conservative, evangelicals, the relationship between a man and a woman is presented as a relationship between equals. Not surprisingly, Bell addresses the concept of submission in romantic couples. His address to women about their worth might seem a bit odd coming from a man rather than a woman but a more generous take might be that he is trying to counter the approach of many male preachers and their traditions that keep men elevated above women in marriage and the church and consider women as incomplete without a man.

It may be of some interest to contemporary Christians to read Bell’s analysis of one aspect of "godly marriage" in the Hebrew Bible (i.e., Christian Old Testament).

“The sexual bond is central to what it means to be married.
No consummation, no marriage. (p. 130).”

That’s clearly succinct but he does provide the text references to support the close connection between the sex act and the recognition of the marital bond.

If you read other old texts, you see how women were treated as property. Even when raped, the woman has no say in her future-- she’s stuck with a rapist for life if he wants her and pays a fee to her father (see Exodus 22 and Deuteronomy 22). How can Bell be so generous with such language? Essentially, Bell believes the biblical text was progressive for its time and the treatment of women improved by the time of the New Testament.

Bell tosses in a few other bits of biblical information but I do not see a close tie-in with his theme. For example, he makes a point to remind singles of their worthy status, which is often not recognized in Christian cultures. That must be nice to know for singles but what should we make of the focus on the illustration of sexual relationships reflecting the uniting of God with humanity?

And he reminds readers that girls used to marry at ages 13 or 14 in the first century. He affirms, but does not spend much time on, abstinence until marriage. I wondered if he was thinking about the decade or so that sexual desire must be suppressed to comply with the current purity culture expectations of abstinence until couples can enjoy sex.

Overall, Bell appears to be concerned with a broad understanding of Christian sexuality as bound up with spirituality. Uniting with a mate is spiritual and it is very much like uniting with God.

Bell has spoken about same-sex marriage elsewhere (Relevant, 2013) but not in this book. That’s not surprising given the publication date (2007). Given the heterosexual examples and focus in God Sex, it is not easy to discern how he might use the same framework to write more broadly about sex and Christian spirituality. A hint is probably in a quote from a Relevant article “I am for love.”

I think this book would be appreciated mostly by young evangelicals who are not ultraconservative in their worldview. I do not think his book fits well with the views of feminists, fundamentalists, or even conservative evangelicals.

A few more observations and comments

Extending Bell's logic, cohabiting Christians might have a biblical marriage.
Women were a man's property in pre-Christian biblical texts.
Christians remain divided about a woman's role in a "Christian marriage."
The Bible offers different views about sex.
Christian writers find many ways to pair sexual activity with a spiritual meaning.
Many religions link God or gods with sex.

A few discussion questions
How are Bell's views of sex different from those of other Christian leaders?
Why do so many Christians want to connect sexual activity with a spiritual meaning?
What biblical texts affirm being single as of equal value to being married?
How helpful are Bell's comments on "progress" to deal with the old texts about rapists marrying their victims?
Do biblical metaphors work differently for men and women in relating to Jesus as a bridegroom? 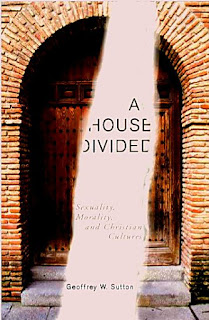 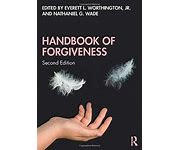