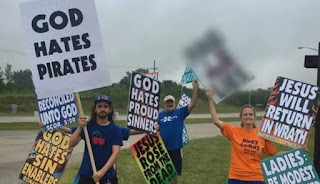 “The tribal differences that erupt into public controversy typically concern sex (e.g., gay marriage, gays in the military, the sex lives of public officials) and death at the margins of life (e.g., abortion, physician-assisted suicide, the use of embryonic stem cells in research). That such issues are moral issues is surely not arbitrary. Sex and death are the gas pedals and brakes of tribal growth. ... What’s less clear is why different tribes hold different views about sex, life, and death, and why some tribes are more willing than others to impose their views on outsiders (11).”
—Joshua Greene

I read Greene’s Moral Tribes in 2014. That book along with Haidt’s The Righteous Mind and moral controversies in politics in religion over same-sex marriage, prompted me to think of ways Christian Spirituality and Science -- especially psychological science--might find common ground. Even within the same movement or affiliated group of churches, Christians appeared to be from different tribes. Subsequently, I wrote A House Divided. Although I drew more upon moral psychology research, I have long valued the thinking of philosophers when it comes to analyzing the ideas of science.

Today, I received my copy of a journal, which published my academic review of Moral Tribes. It turns out, they had first published the review in 2015. Anyway, it is a popular read on Academia.edu and ResearchGate. And I think with good reason—not my review, but Greene’s analysis.
The quote at the top of this post is telling. So much of the sociopolitical debate in the US and other countries that permit open debates has to do with life issues—sex and death—and the relationships related to such issues in between life's ends. In fact, it is appropriate that the moral hedges of religion deal with these issues. And religions, traditional boundary makers of culture, frequently weigh-in when leaders perceive their rights are not carefully considered.

After an organized presentation of many moral psychology experiments revealing the natural separation between groups of people—the Us and Them problem—Greene takes us back to utilitarian philosophy associated with Jeremy Bentham and John Stuart Mill. The problem of developing a meta-morality is not addressed by Greene and certainly utilitarianism has been found wanting as a universally guiding theory. But then again, attempts to find universal principles of justice and rights also come up short. And Greene’s analysis of psychological research won’t take him, or us, to the promised land of a universal morality.

But I appreciate the book. Here’s why.

Outside academic debates, groups of people continue to beat the drums of war. At the national level, it can be scary living as we do in a nuclear age. But at local levels, group conflicts sometimes lead to death and disability and at other times lead to misery marked by broken relationships, suspicion, and distrust. We do well to seek common ground. On the one hand, we might try justice as fairness approaches. And on the other hand, we may revive utilitarian methods to discover that a common good may be weighed as of great importance to both tribes, a common goal worthy of pursuit, or a common positive effect when those in conflict agree that life is more important than forcing the other tribe to change its system of rights, values, or "goods." Righteous minds might hate compromise. But compromise in the form of peace treaties, allow people to live in ways others find do not like, provided no one comes to harm.

A House Divided on Amazon and other stores.