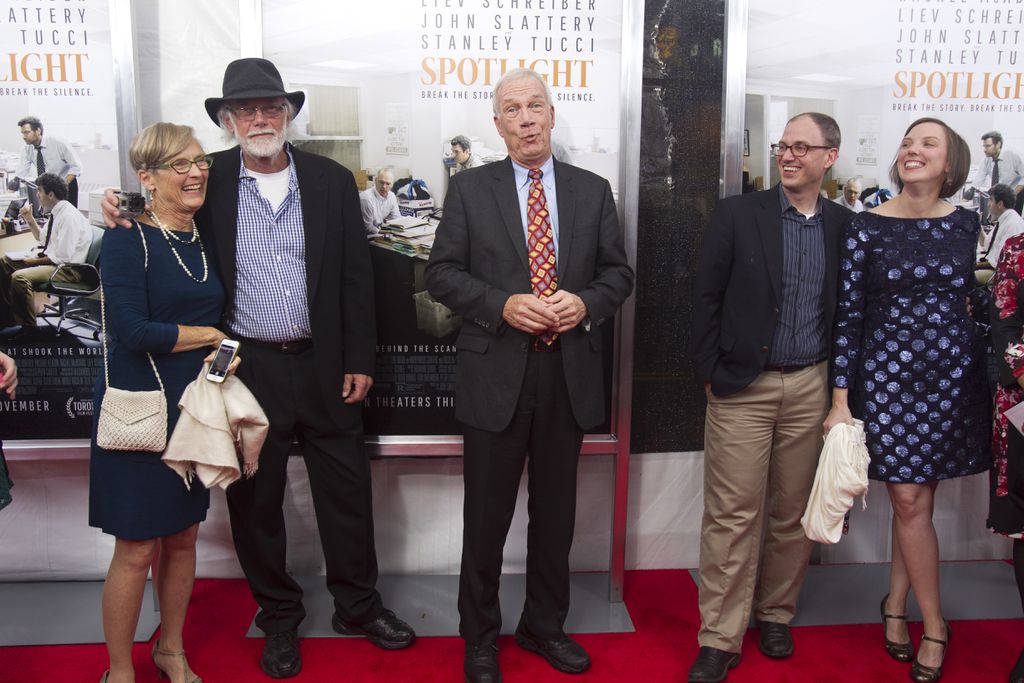 My wife and I saw the award-winning film, Spotlight. We both came away shocked and disturbed. The actors did a superb job at evoking a strong emotional response to the outrageous behavior of church and community leaders who covered-up child sexual abuse in Boston. The damage to human lives is horrendous.

For me, the timing of the film is ironic. Two days before seeing the film, I reviewed proofs on my book A House Divided: Sexuality, Morality, and Christian Cultures. The book represents two years of work examining sexuality in the church from the perspective of moral psychology. I aim to promote open discussions of healthy Christian sexuality. But I also wrote about sexual abuse because it would be irresponsible to ignore it. As Spotlight illustrates, sex abuse happens in the church and a lot of people get seriously hurt.
Spotlight is the name of the investigative unit at the Boston Globe Newspaper. The movie, Spotlight, is a dramatic film of the investigation into the cases of child sex abuse by Roman Catholic priests in the area of Boston Massachusetts.
The investigation begins in 2001 when the new managing editor, Marty Baron, meets Walter "Robby" Robinson of the spotlight team. Baron read an article alleging a cover up of a priest's child molestation by Cardinal Bernard Law and encourages the team to investigate. The investigation leads to more discoveries of abuse by many more priests.
Spotlight Lessons
There’s so much that could be said about sex-abuse scandals in churches. Here’s a look at six lessons using a moral framework of six dimensions derived from the work of Jonathan Haidt (The Righteous Mind ) and his colleagues.
1. Care vs. Harm
We expect churches to be in the business of caring about people—not just souls but wholes—as H. Norman Wright says. In Spotlight we find a common practice of caring more about one’s colleagues than about the damage done to the victims and survivors. The message of the Christian gospels directs attention to the social outcasts during the time of Jesus’ ministry.
Our moral impulse is to care for the young and vulnerable. Children do not survive without parental care. Righteous anger naturally rises when we see harm done to children. It’s a perversion of morality to turn the care-harm focus on an organization rather than the people an organization ought to serve.
2. Equality and Justice
The film shows the lack of justice accorded those who suffered deeply from child sex-abuse. A friend of mine, psychologist Ev Worthington, often speaks about the problem of the “justice gap.” We all have an innate sense of injustice. We are motivated to close the gap—to seek justice. Anger fueled vengeance seeks to right the wrongs in society. And sometimes it’s personal as seen in the film. I felt angry. Anger is a good thing when destructive people and their unjust systems are dismantled or reformed.
3. Oppression and the need for freedom
Following the publication of the sex abuse scandal, the Boston Globe was inundated with phone calls from area victims. The breaking of the sex-scandal was like blowing up a dam. People in chains to memories of sexual violence came forward. The silence of churches and organizations is oppressive. Silence can prevent victims from becoming survivors. Christian attitudes toward ethnic minorities and women are two other examples of religiously justified oppression. Faith ought to set people free. Too often leaders of faith keep people in chains.
4. Respect for Authority
A society cannot survive if the participants do not respect legitimate authority. Religious and political leaders are human beings who often act out of self-interest. Sadly, religious leaders often hide behind a cloak of godly authority. At times religious leaders have acted as if an attack on the clergy or the church is an attack on God.
It’s always been that way. Christians fret about the deteriorating morals of society. Unfortunately, many religions have lost their historic claim to moral authority. The scandal revealed in Spotlight is one massive example of the importance of holding leaders accountable in any organization that wants to have a moral voice.
5. Loyalty vs. Betrayal

In Spotlight we see efforts to encourage people to be loyal to the home team. Loyalty to Boston and the Catholic church is a virtue. Don’t destroy the works of good people because of a few “bad apples.” It’s interesting that the film focuses on numbers as if a quantifiable critical mass of bad priests is needed before one feels justified to “betray” the church.
Loyalty is indeed a virtue. But where one’s loyalty lies is important. Christians, and all moral people, are continually tested to determine whether their loyalty lies with their church/religion, pastor, political party, nuclear family, extended family, school, and so forth. At times, the ties that bind us to others must be broken. Spotlight shows what can happen when misplaced loyalty reinforces destructive church practices.
6. Purity vs. Degradation
The church has often portrayed sex as dirty and unclean. Shining the Spotlight on the filthy frocks in the church reveals dirt instead of the moral purity expected of its leaders. Sexual purity remains a focus of many Christian groups who periodically rail against premarital sex and pornography.
The film, Spotlight, evokes disgust. Disgust over sexuality provokes the desire to be clean. We find the behavior of the priests and the church disgusting. Disgust moves us to protection. Disgust can be a good thing. But we must protect those who have been hurt not an organization that perpetuates harm.
As long as churches are led by people, problems of uncontrolled sexual behavior will persist. The people who govern any organization ought always to be disgusted enough to “clean up” their organization. But churches must focus on those who have been hurt by the actions of their leaders. People who have been sexually abused often report feeling dirty. I once heard a woman say of the Christian leader who abused her, “I felt like trash-- a piece of paper that he wadded up and tossed in the trash.”

Read more about Sex and Christian morality, in  A House Divided
For related works, see my book list and reviews about Sex and Religion

Resources
To learn more about the problem of child sexual abuse, see the Catholic Church report on the abuse of minors for the period 1950 to 2002. It is available from the USCCB.
Link to a 2002 Spotlight team report at the Boston Globe.
The story behind the movie, Spotlight at the Boston Globe.
Clergy Sexual abuse is not just a Catholic issue. Newsweek story 7 April 2010.