The Black Church Story and Song - A Review 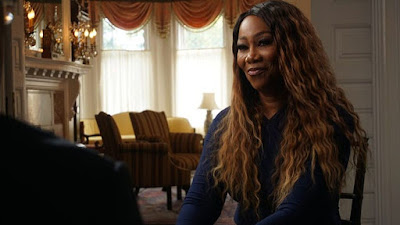 This is our Story.

This is our Song.

This 2-part special on PBS condenses some 400 years of African American Christian history into 4 hours. I add my appreciation to the praise of more popular editorials and comments who liked the presentation. The PBS page includes a variety of additional information.

I understand the criticism by those who point to people or events omitted from the narrative. I am less inclined to be critical because I have not studied "The Black Church." I understand from a search online that universities offer several courses in programs devoted to Black Church or African American church studies. A 4-hour documentary cannot possibly cover what is included in even one 30+ hour course.

I did wonder about the phrase, "The Black Church," which certainly leaves the impression that all Black Americans share the same beliefs, practices, and values. Now I see that the term is a sociological construct capturing a more or less list of features about Black American religion that developed during the 200+ years of slavery, continued during the era or segregation, and provided a source of empowerment during the movement for civil rights. Of course, the work of the Black Church is not done.

The PBS program does a good job of helping viewers learn the primary features of this sociological construct aptly presented in the subtitle about stories and songs. There is a nice balance of moving back and forth between story and song in the narrative. Appropriately, Gates interviews people who are experts in the primarily Protestant Christian stories mixed with stories of Black history--as others have said, The Black Church was an invisible church. In the history of music, we listen to spirituals and gain insight into the importance of spirituals beyond Sunday worship to daily life on plantations and during marches for freedom. As with the expert interviews commenting on  stories, we hear from Black artists about their spiritual and musical careers.

I think the video series might have explained the concept of The Black Church early on. The concept is obviously not fixed as even in the 21st century, African Americans continue to address inequality and injustice as such appear in contemporary laws, policies, and attitudes.

The Black Church offers an opportunity for people like me to better appreciate their history and richness of their spirituality as well as the importance of the church to nourish them amidst a culture of repression.

Gates evokes emotion as many stories bring a smile and feelings of joy and others provoke anger at injustice and deep sorrow for painful experiences. The stories and songs make the whole presentation a moving experience.

Gates does not ignore the concerns of the church, which are also faced by white evangelicals and other Christians. Examples include sexism, genderism, and the role of social change and politics.

It is possible that some viewers would come away from the series with a stereotype of African American spirituality. So, a couple of points about diversity.

There are many Black Christians in Catholic churches. And many of these Catholics had roots in Spanish and French North America, which covered considerably more territory than the smaller British colonies on the Atlantic seaboard. Their story is different. And their story is about African Americans and their faith.

The PBS special does mention Islam, but it is not easy to see how African American Muslims fit with The Black Church story. The same may be said about African Americans in other faith traditions.

In the end, The Black Church becomes more like a metaphor for Black faith traditions. The emphasis on story and song makes a lot of sense and the examples of preaching and singing inspire. It is not just an academic treatise as Gates asks others about the nature of their faith and then makes it personal as he tells the story of his conversion in the church where it happened.

The Black Church is a two-part series. Here is an interview with Henry Louis Gates Jr. about the series.

Do the Shackles of Slavery Haunt Christian Moral Teaching?

The Black Church video on Amazon 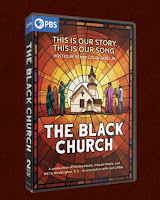